– Back to search results –

Villa for sale in Mojacar 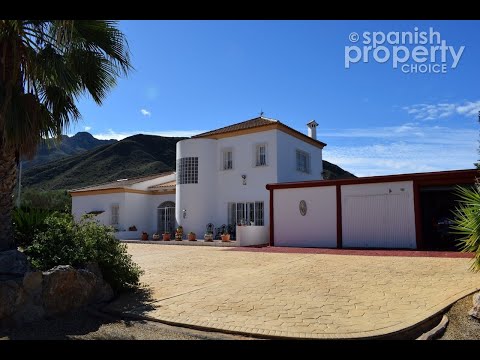 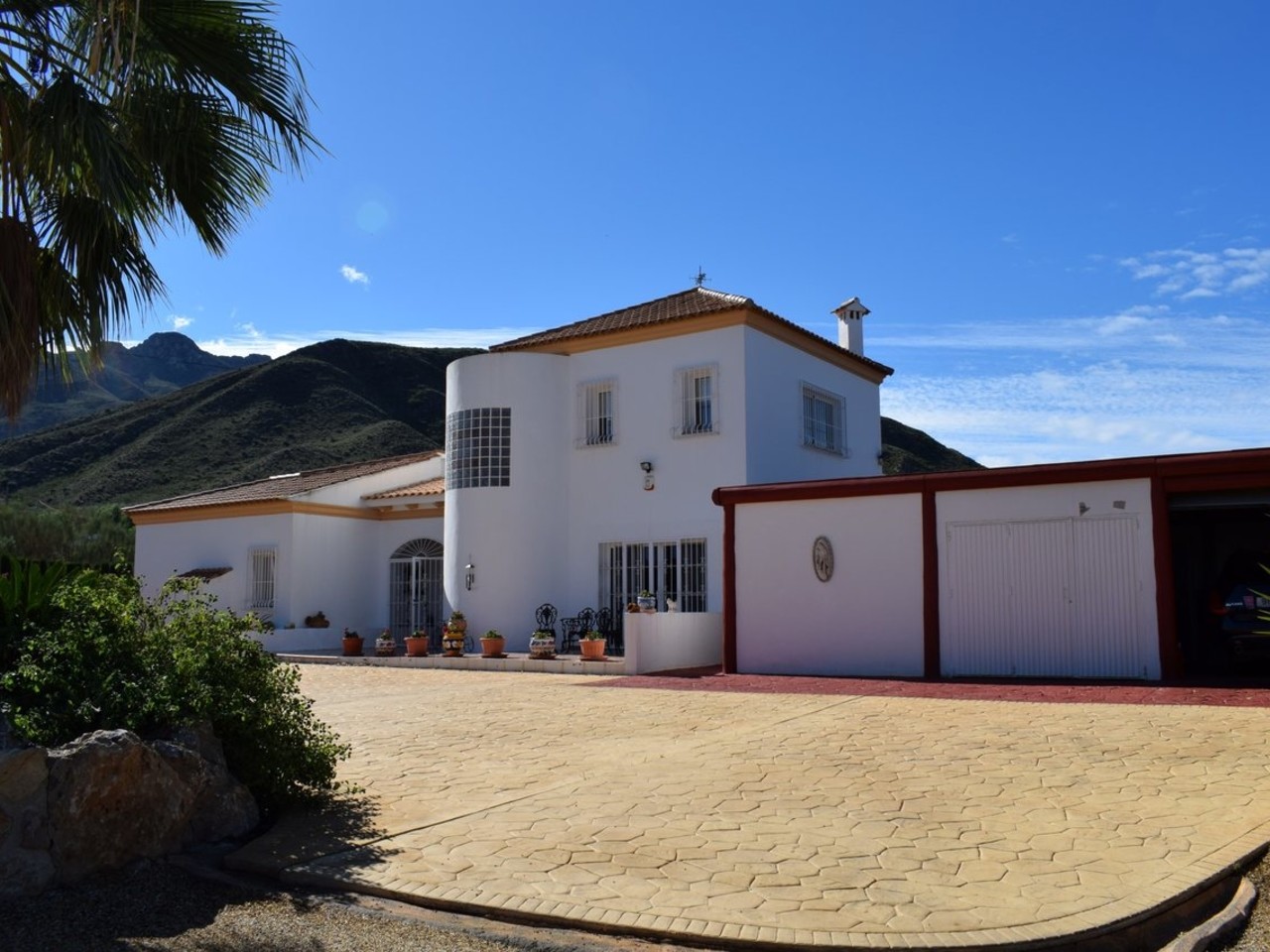 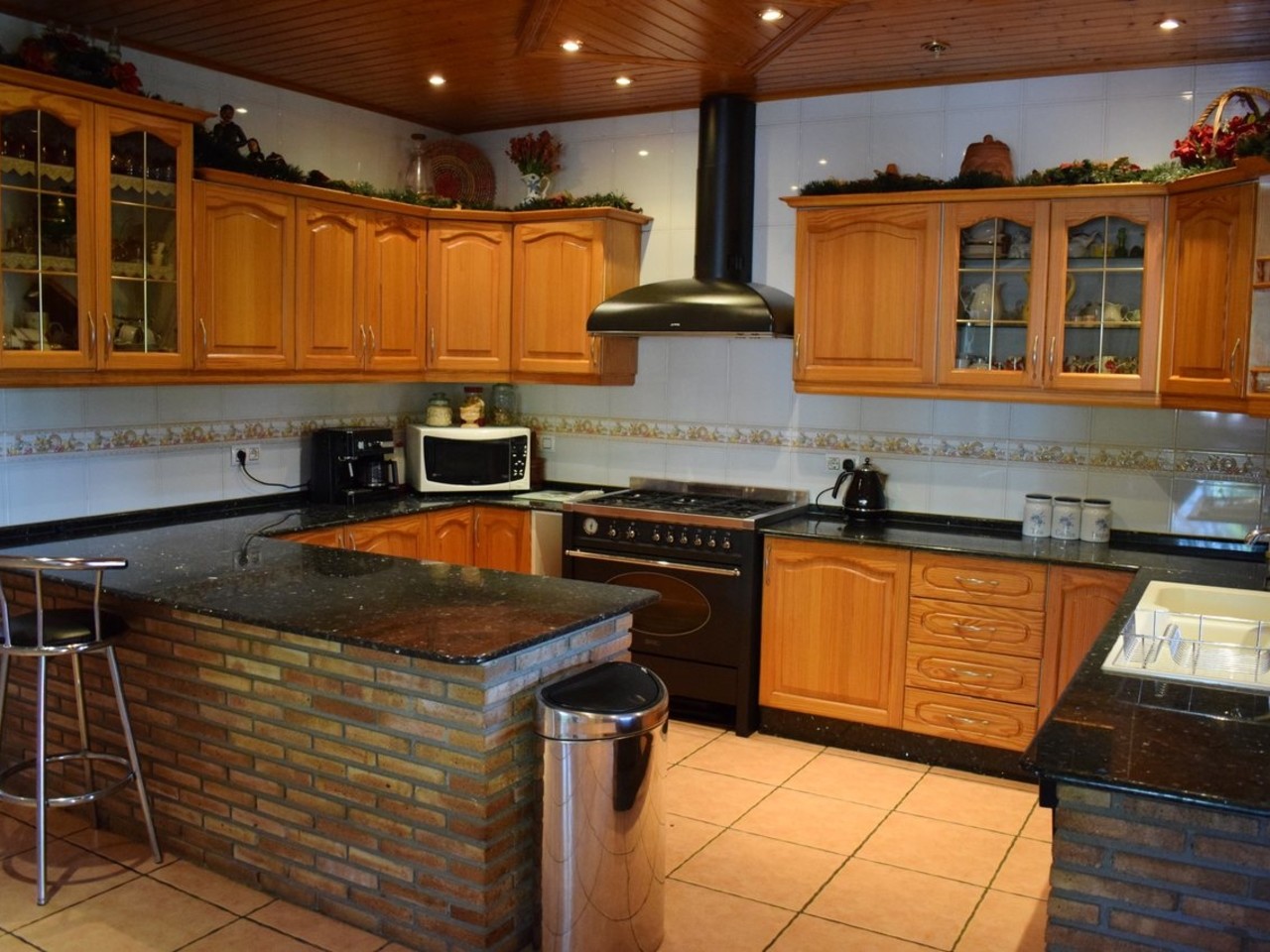 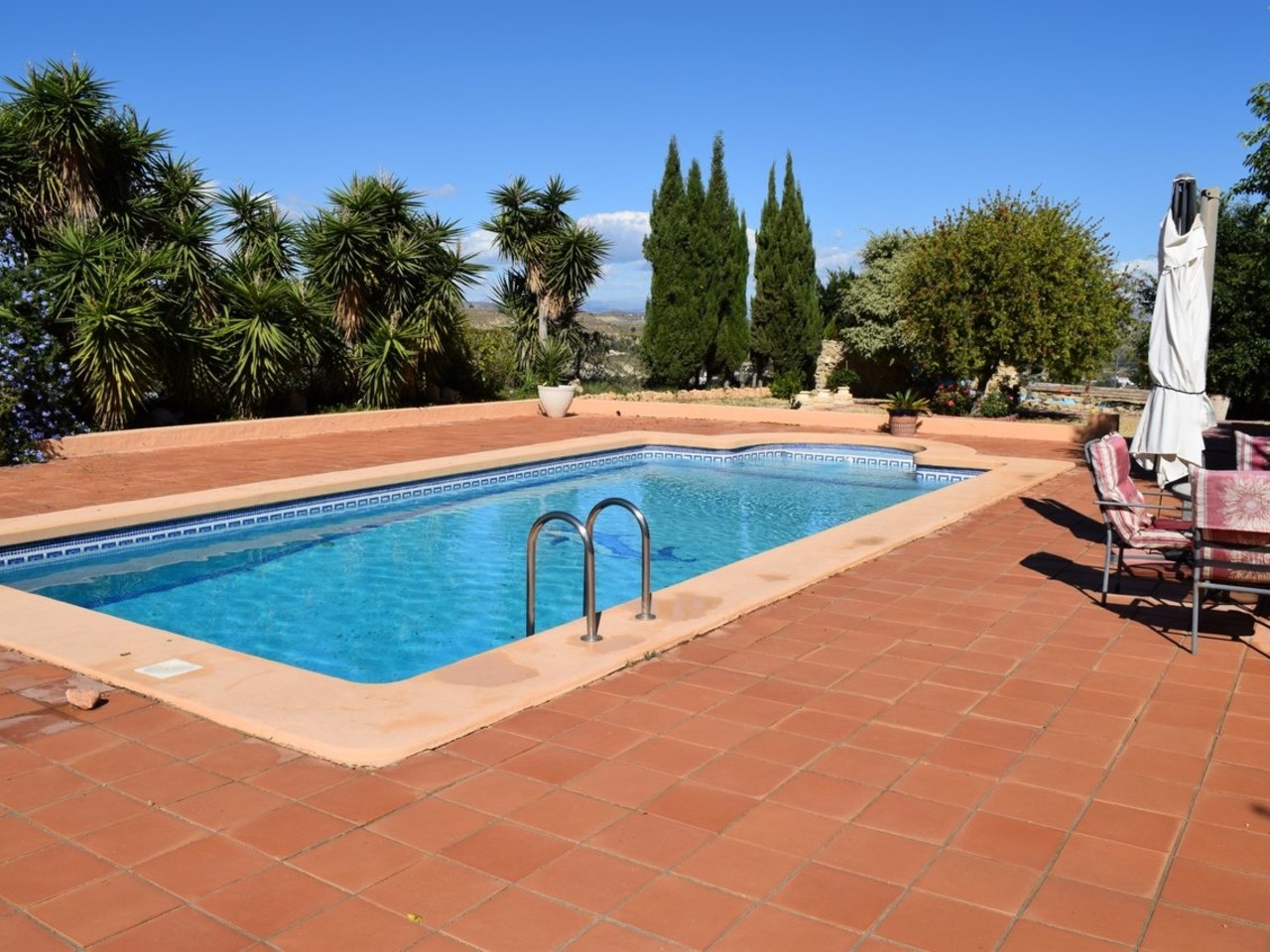 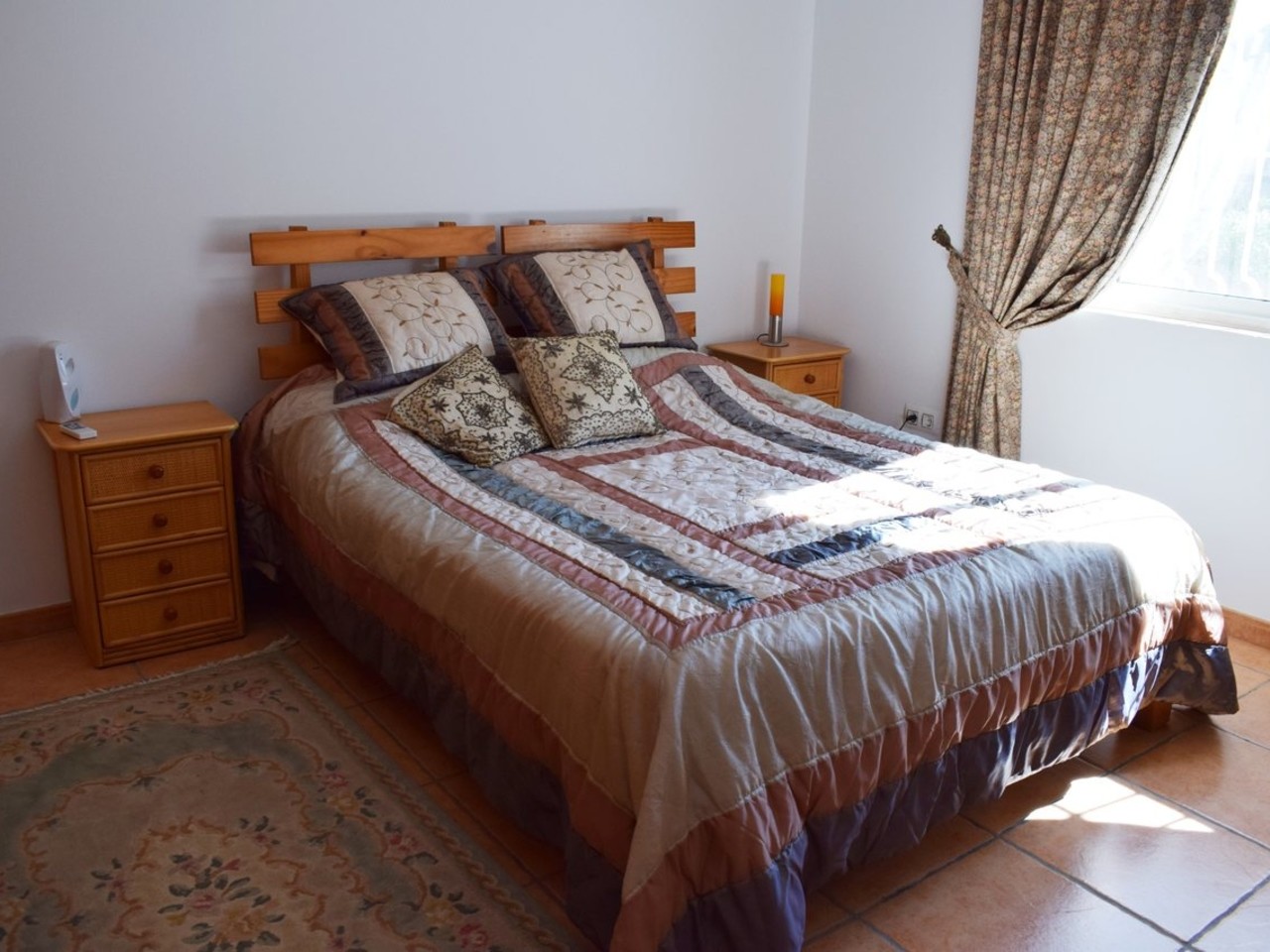 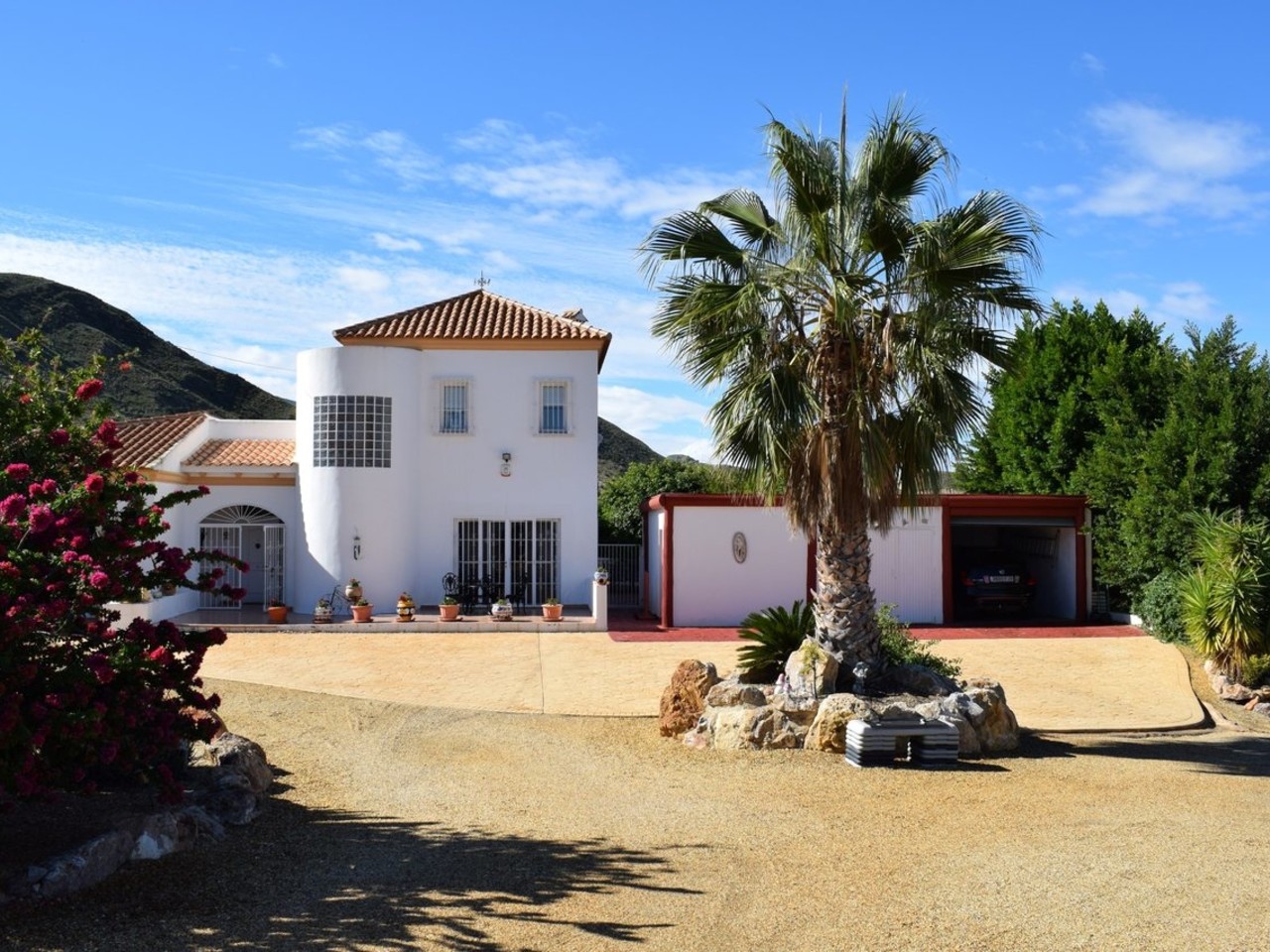 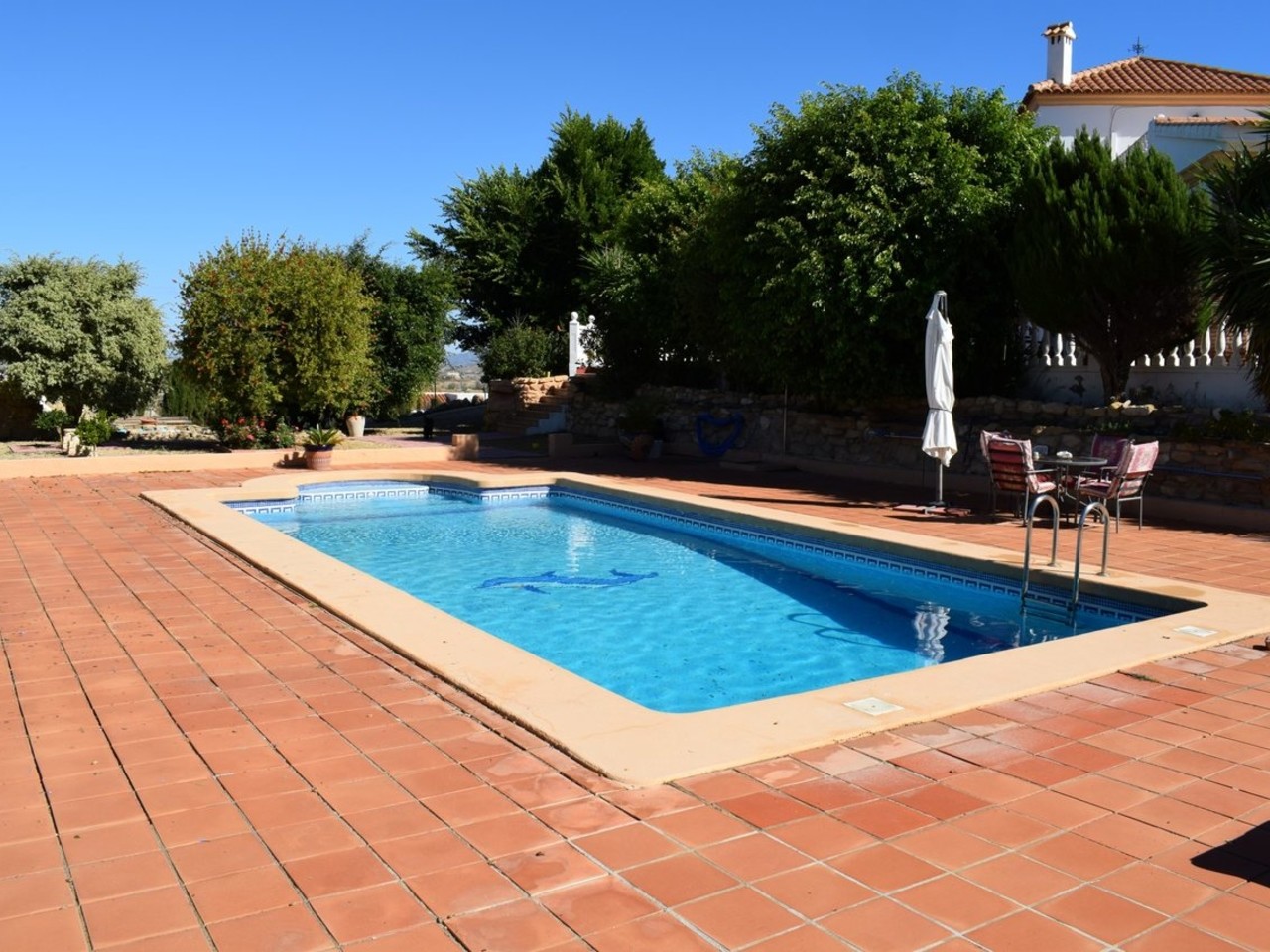 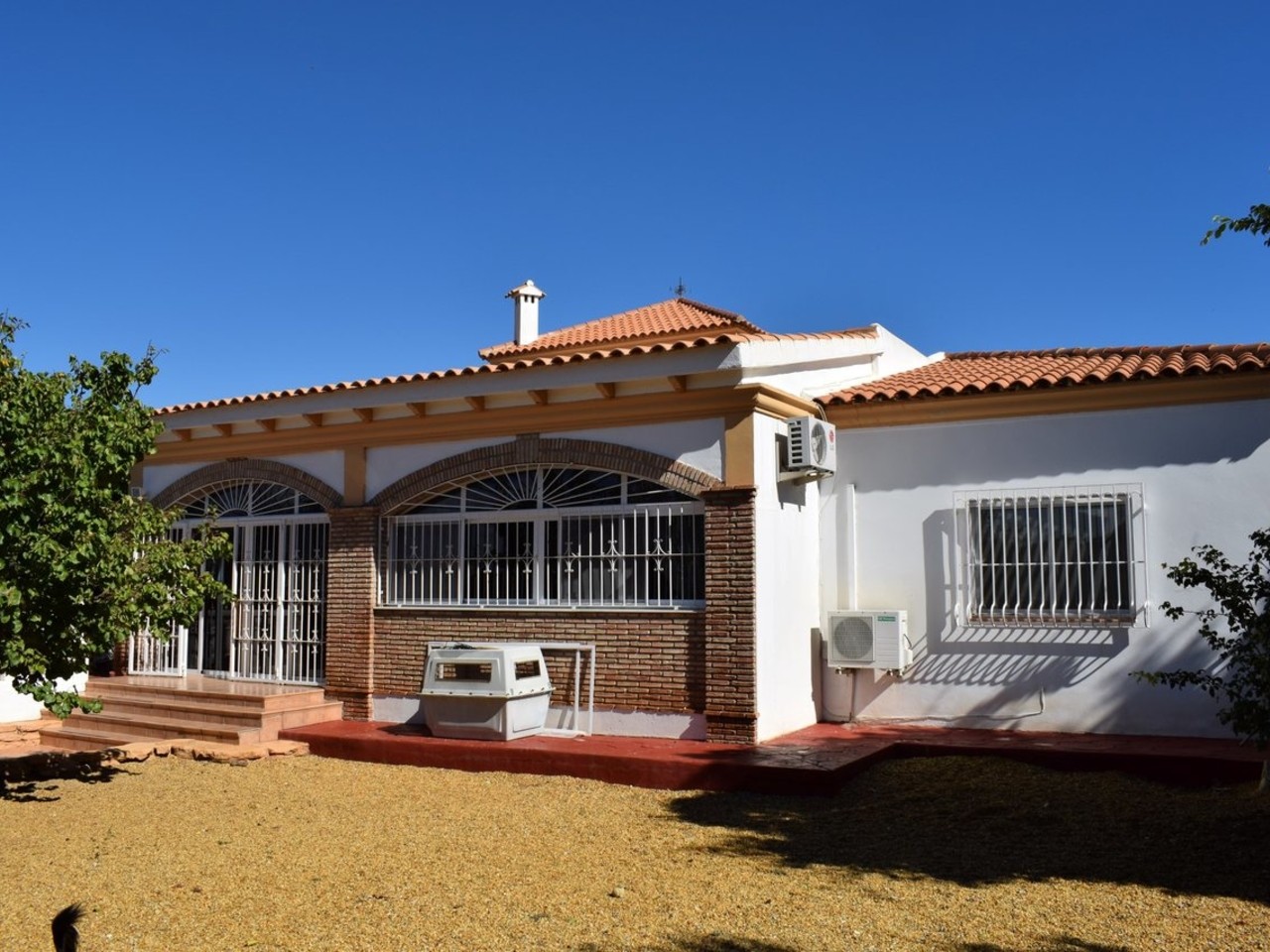 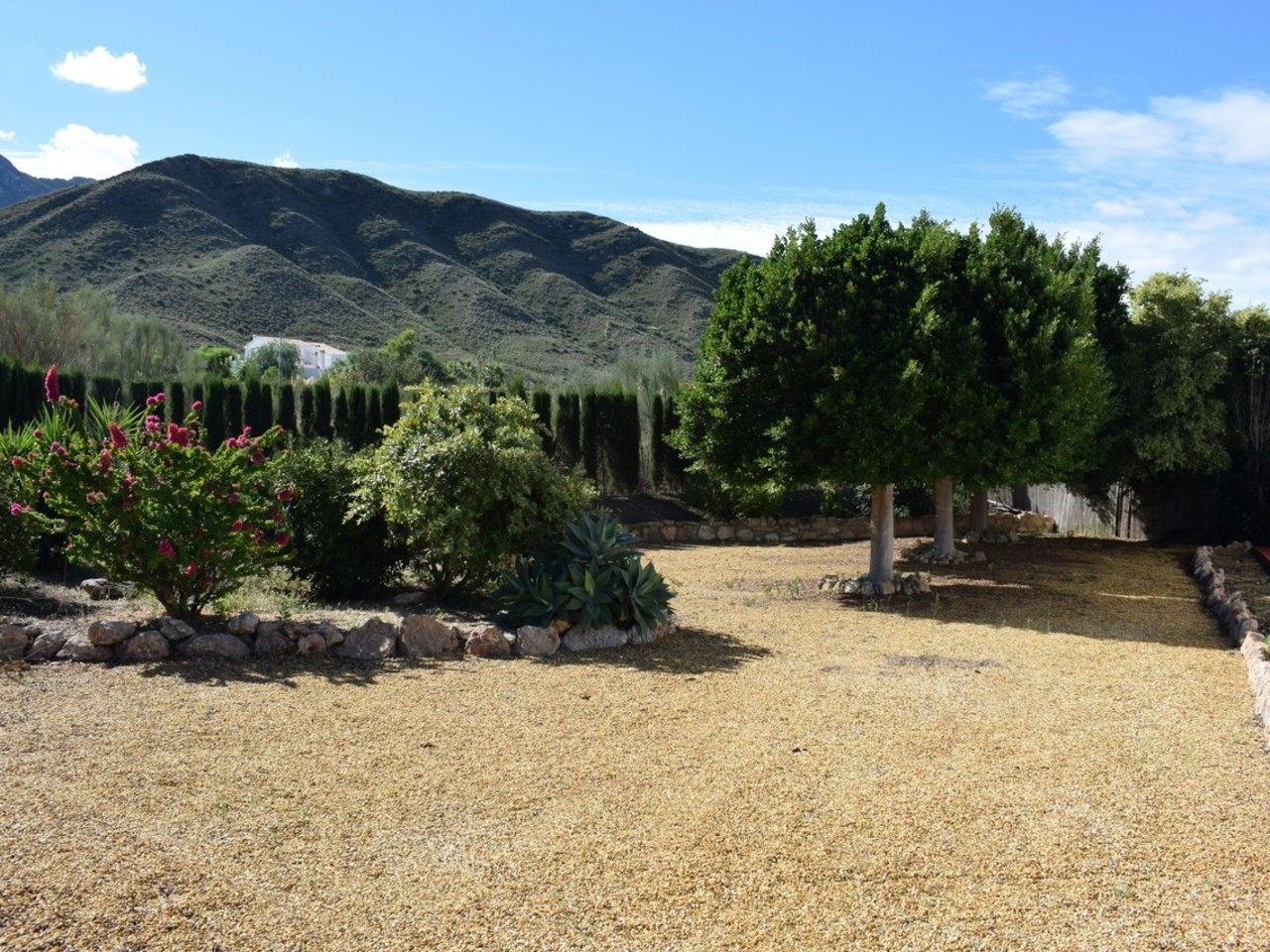 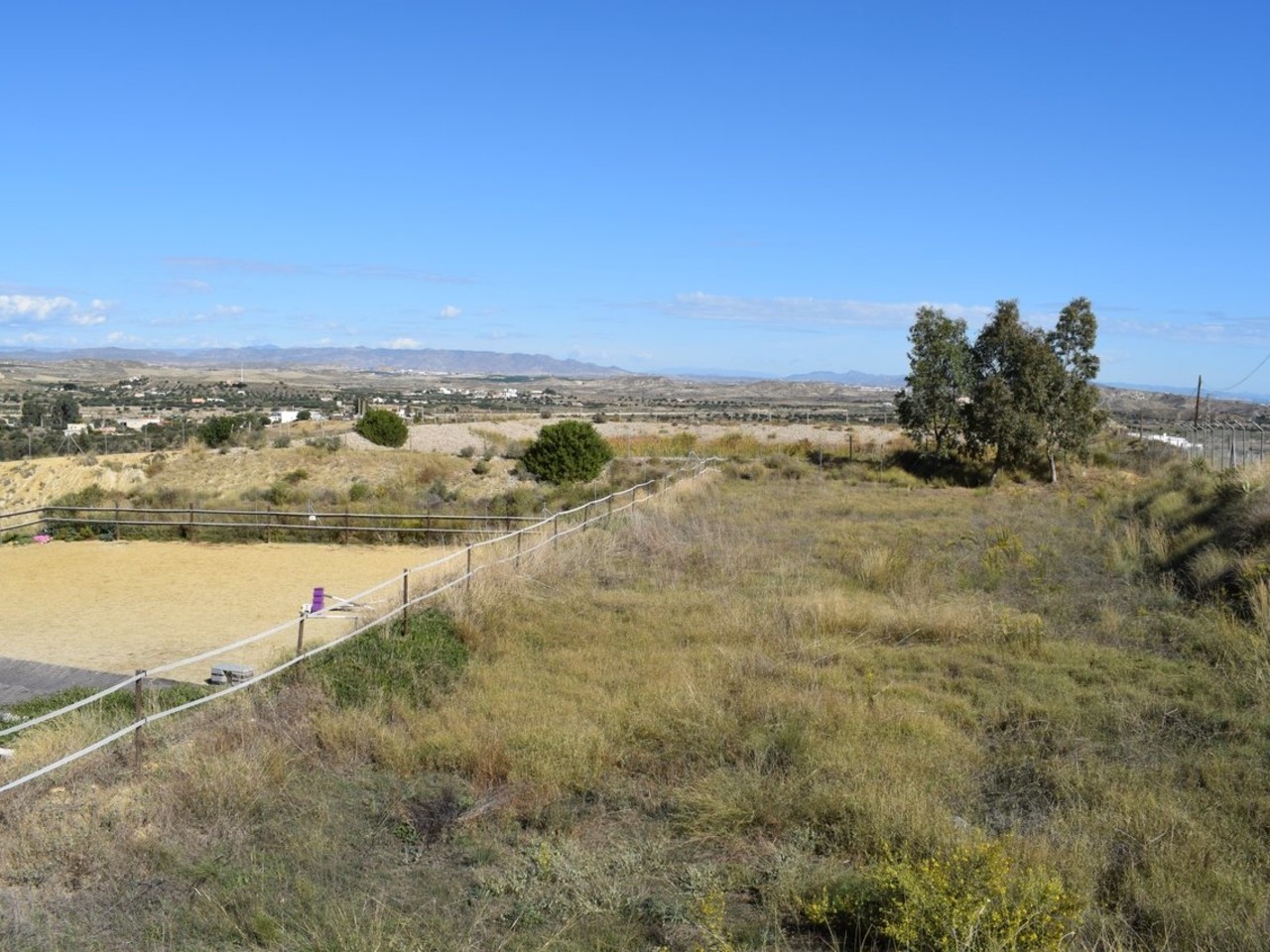 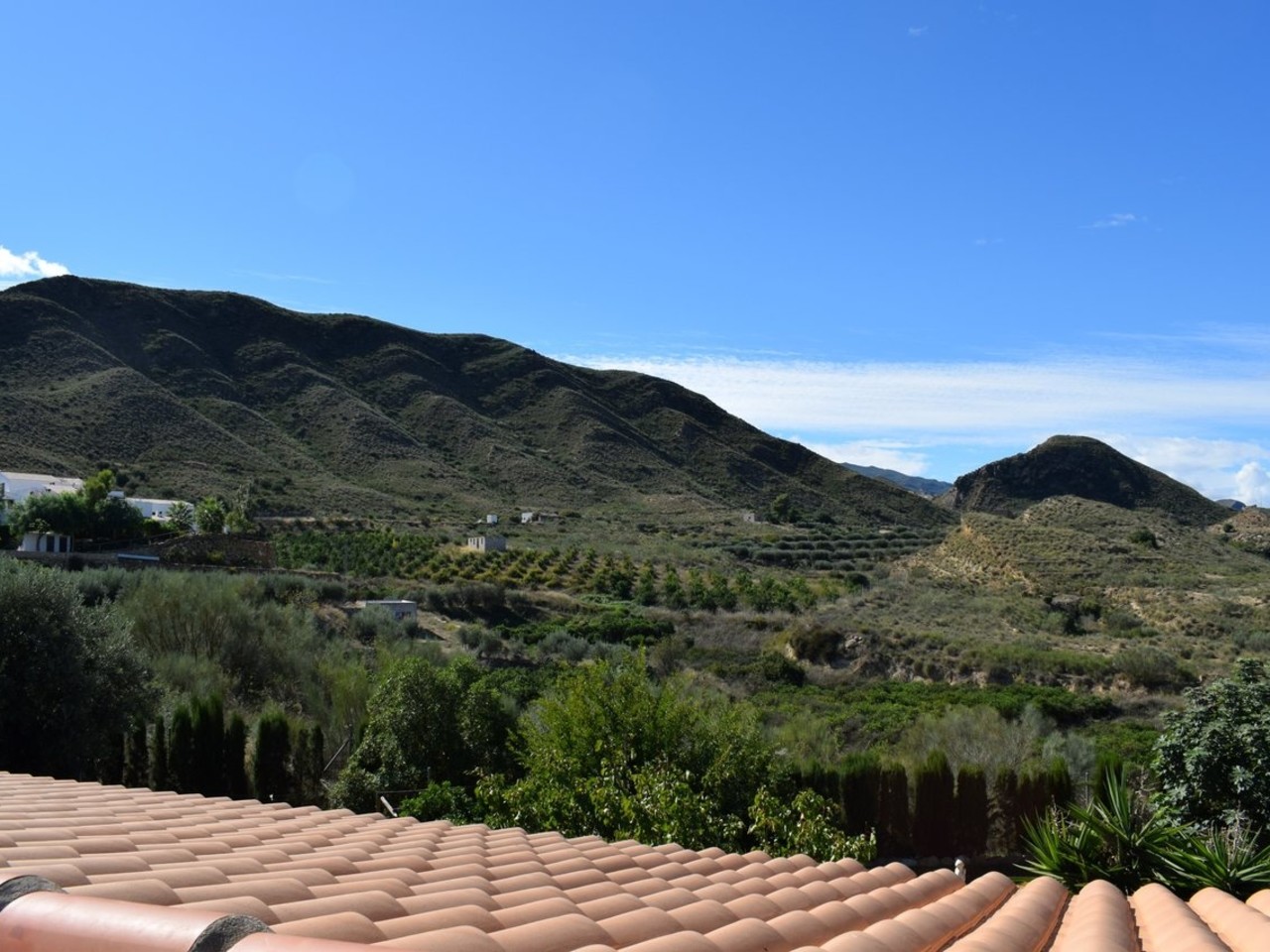 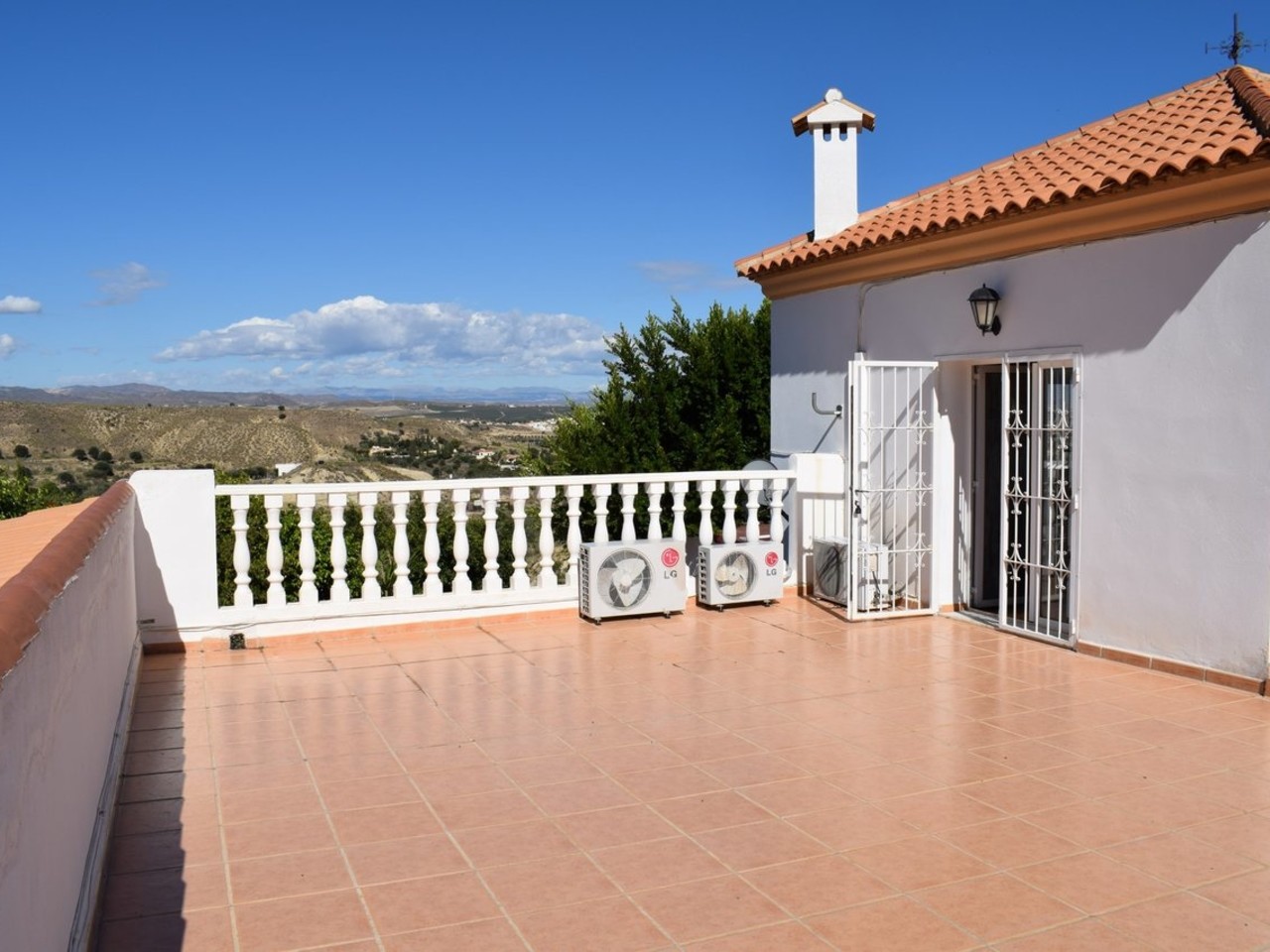 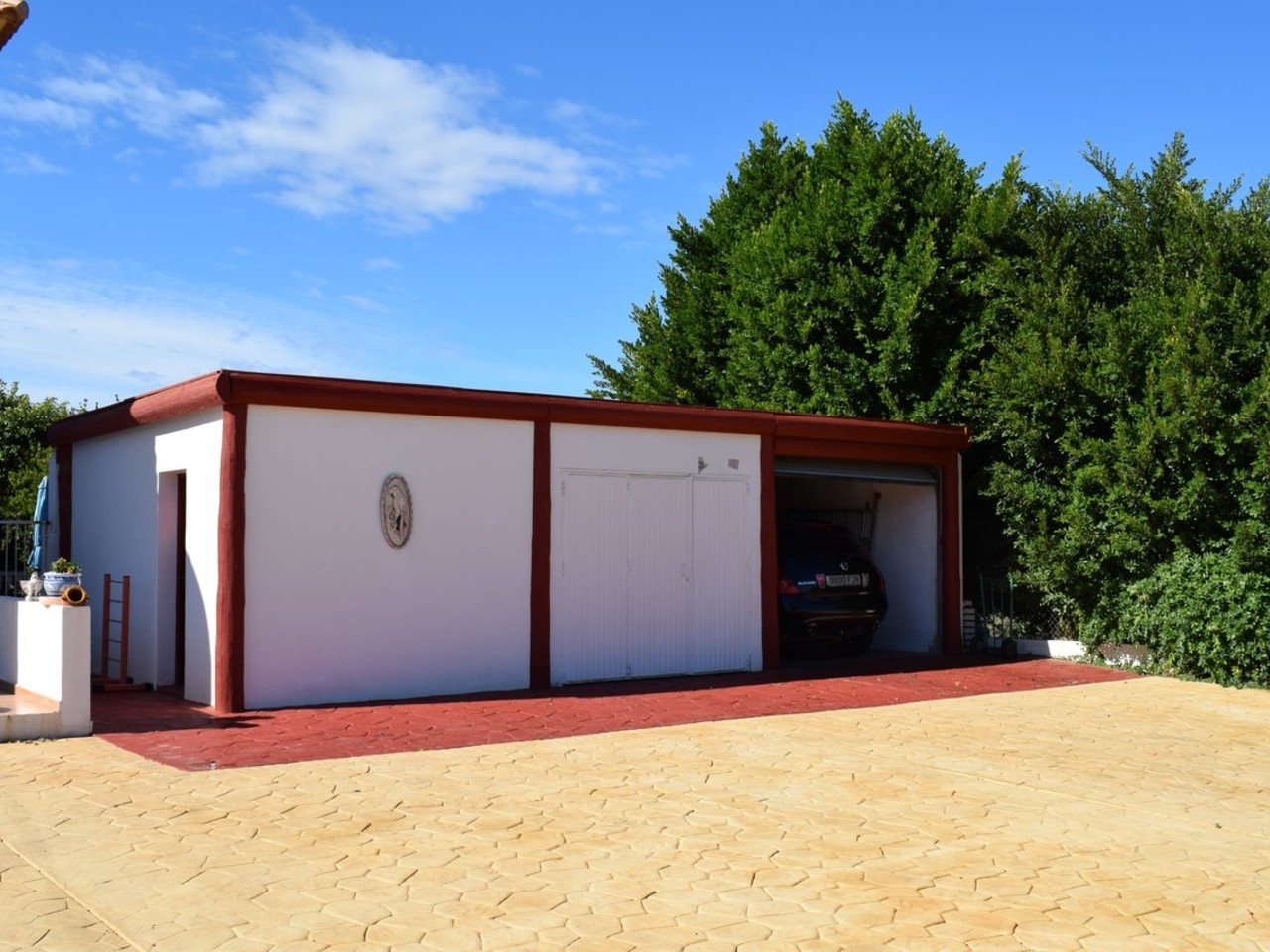 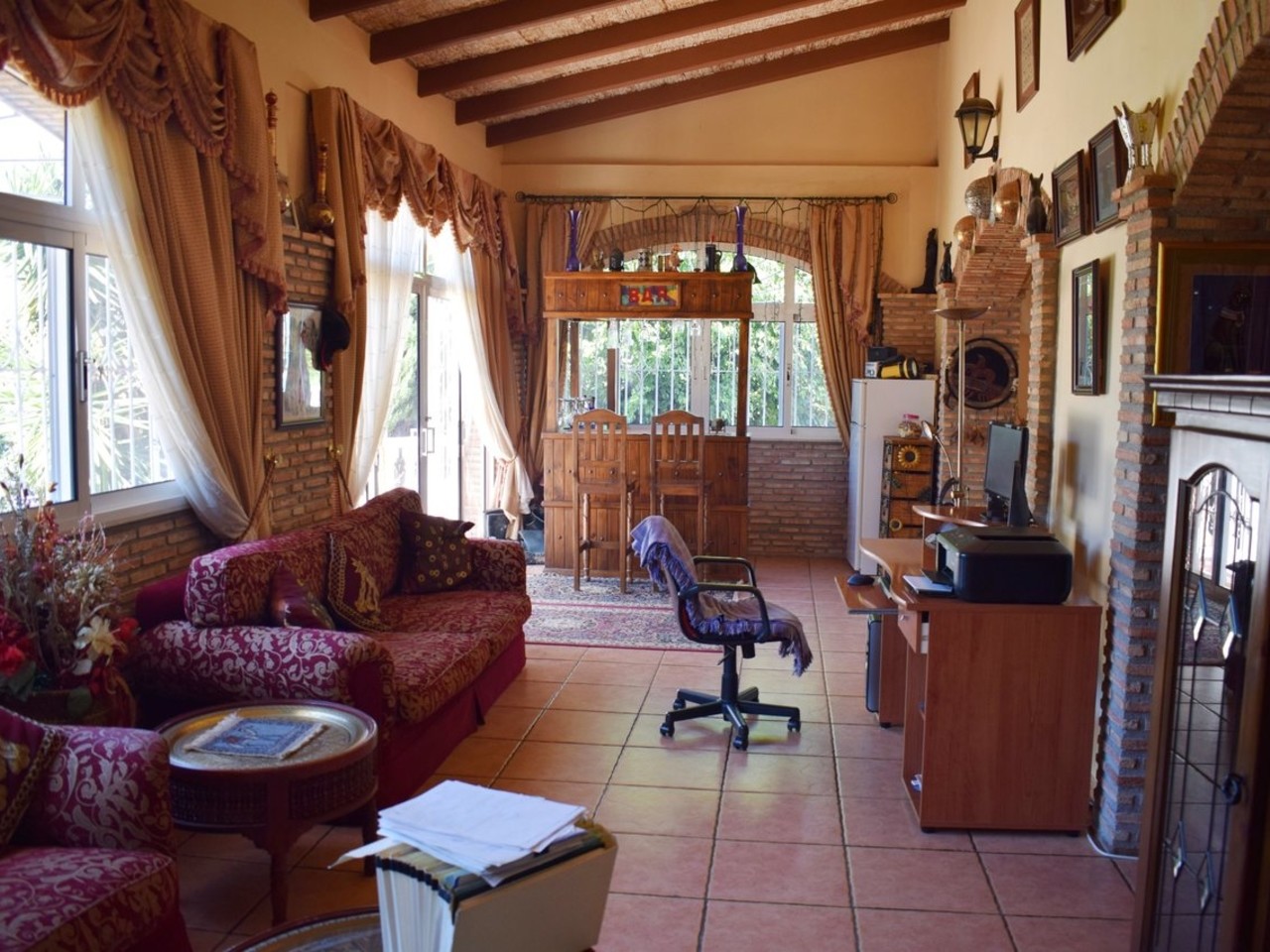 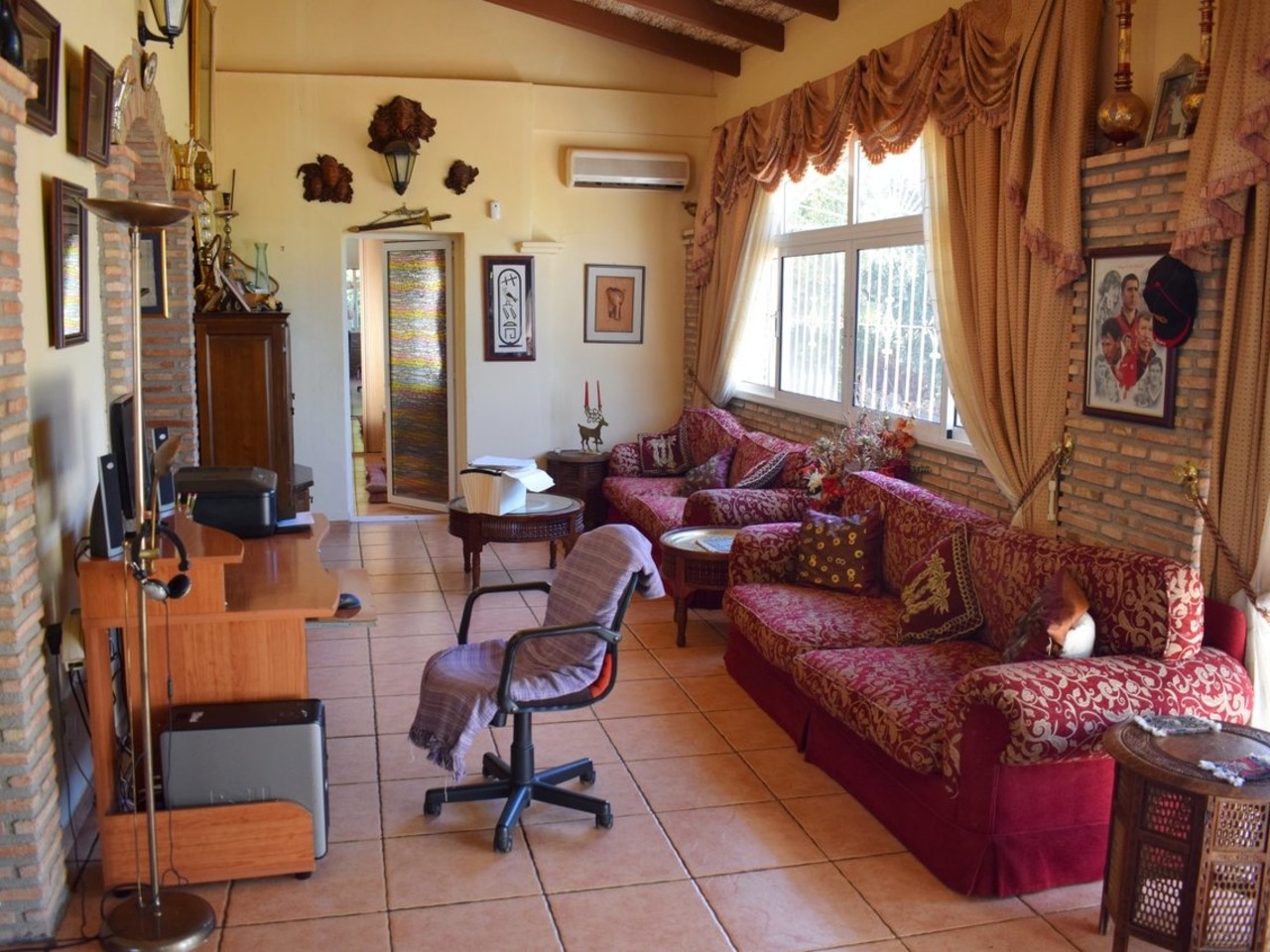 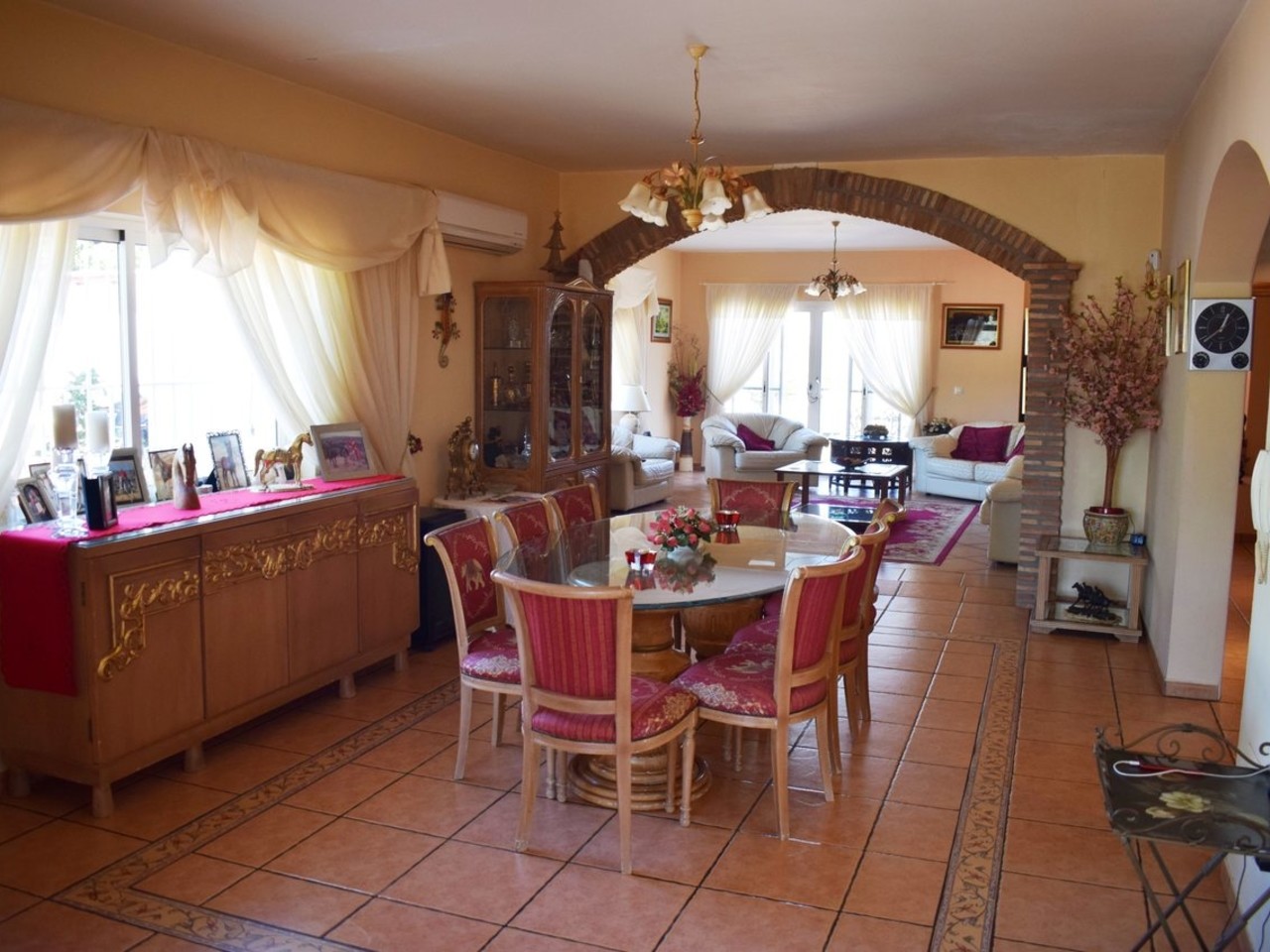 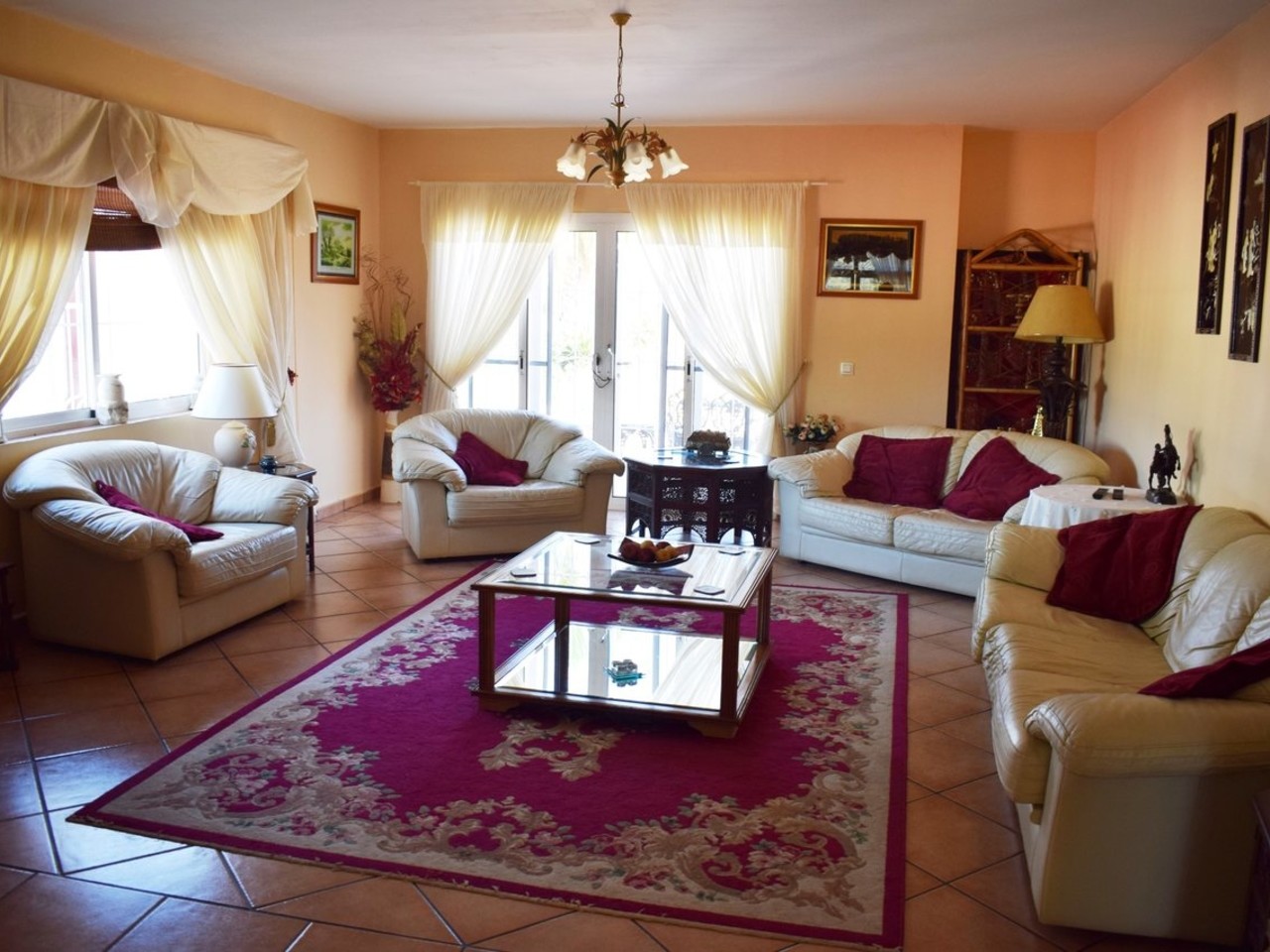 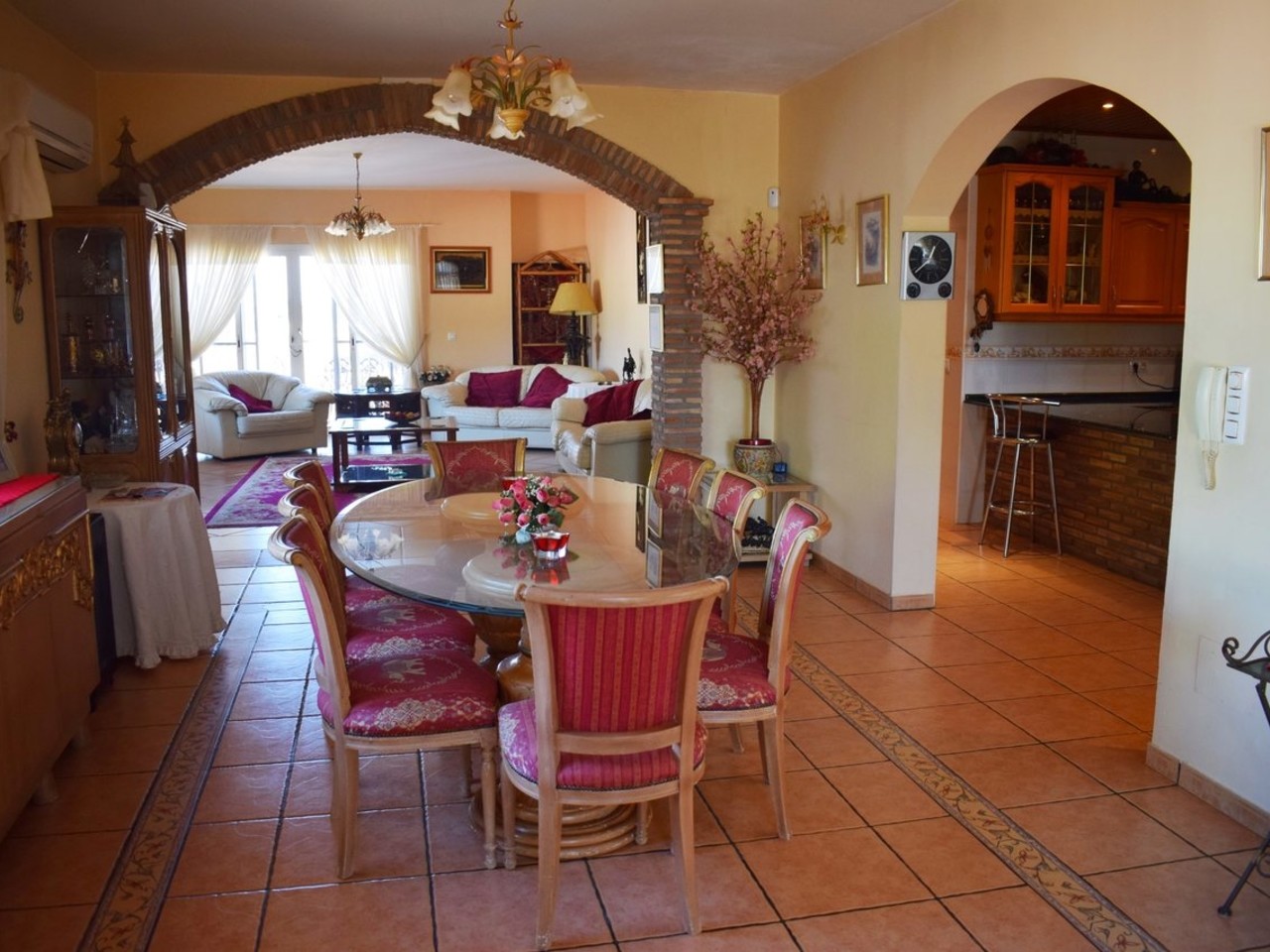 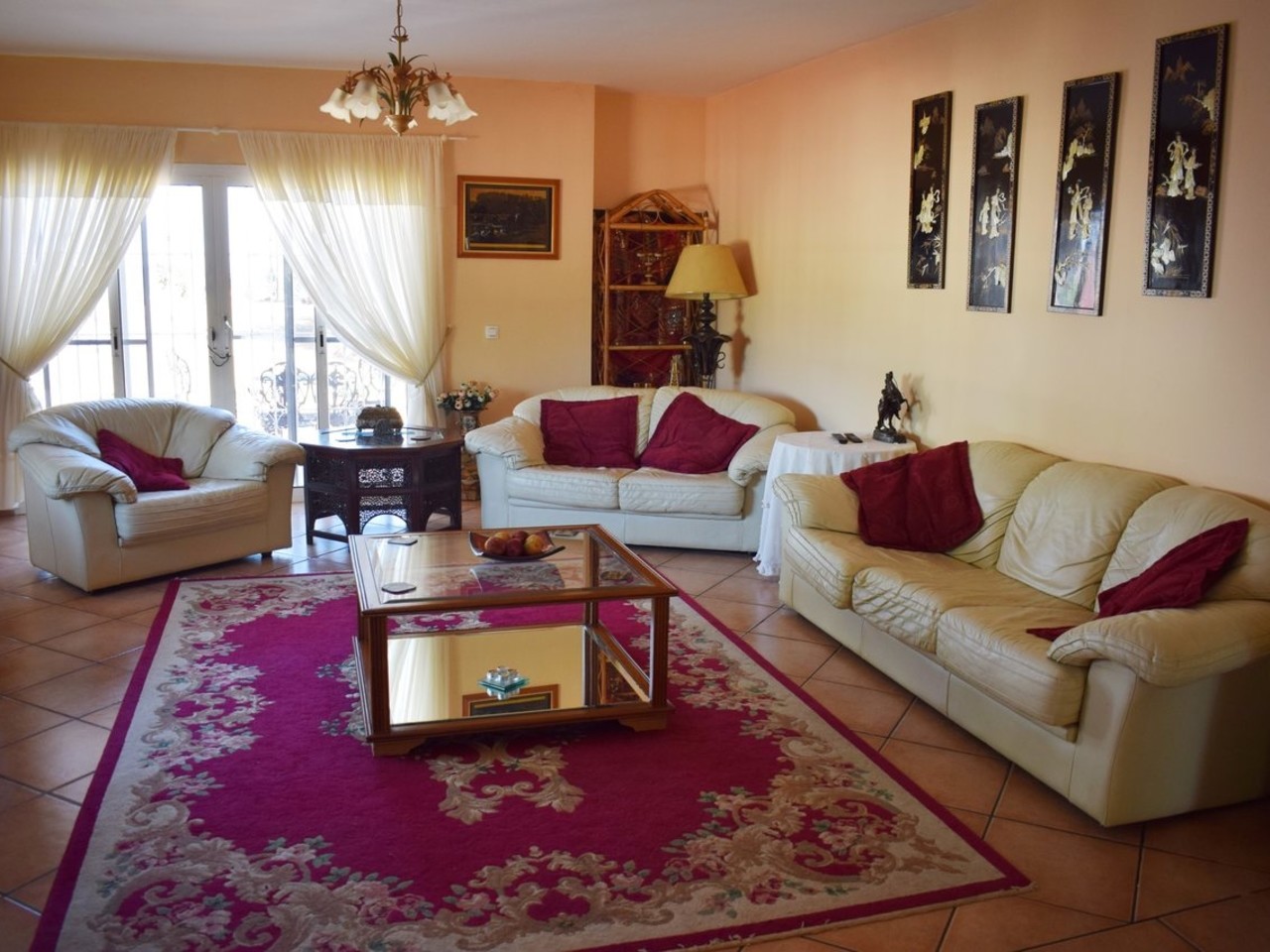 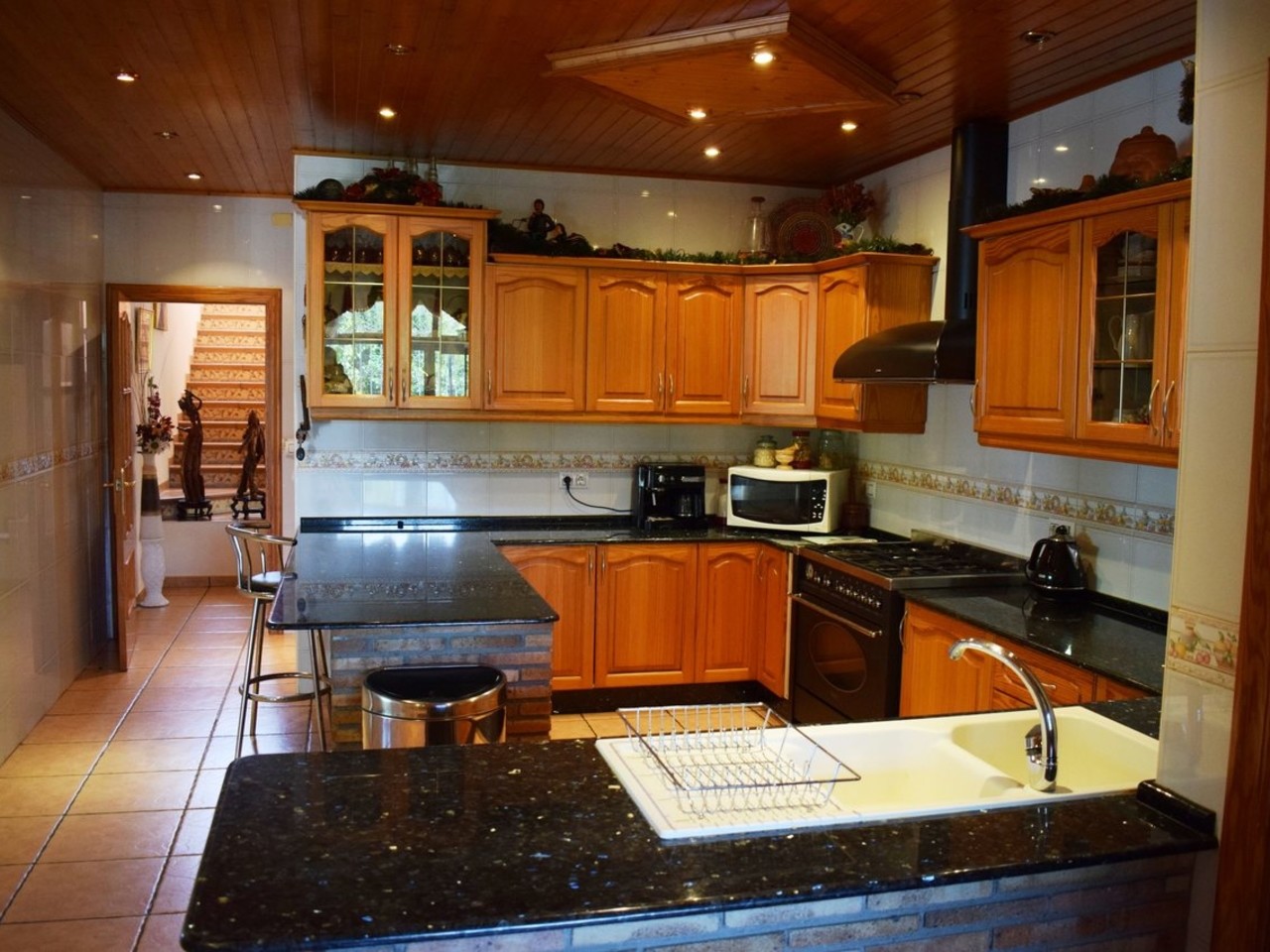 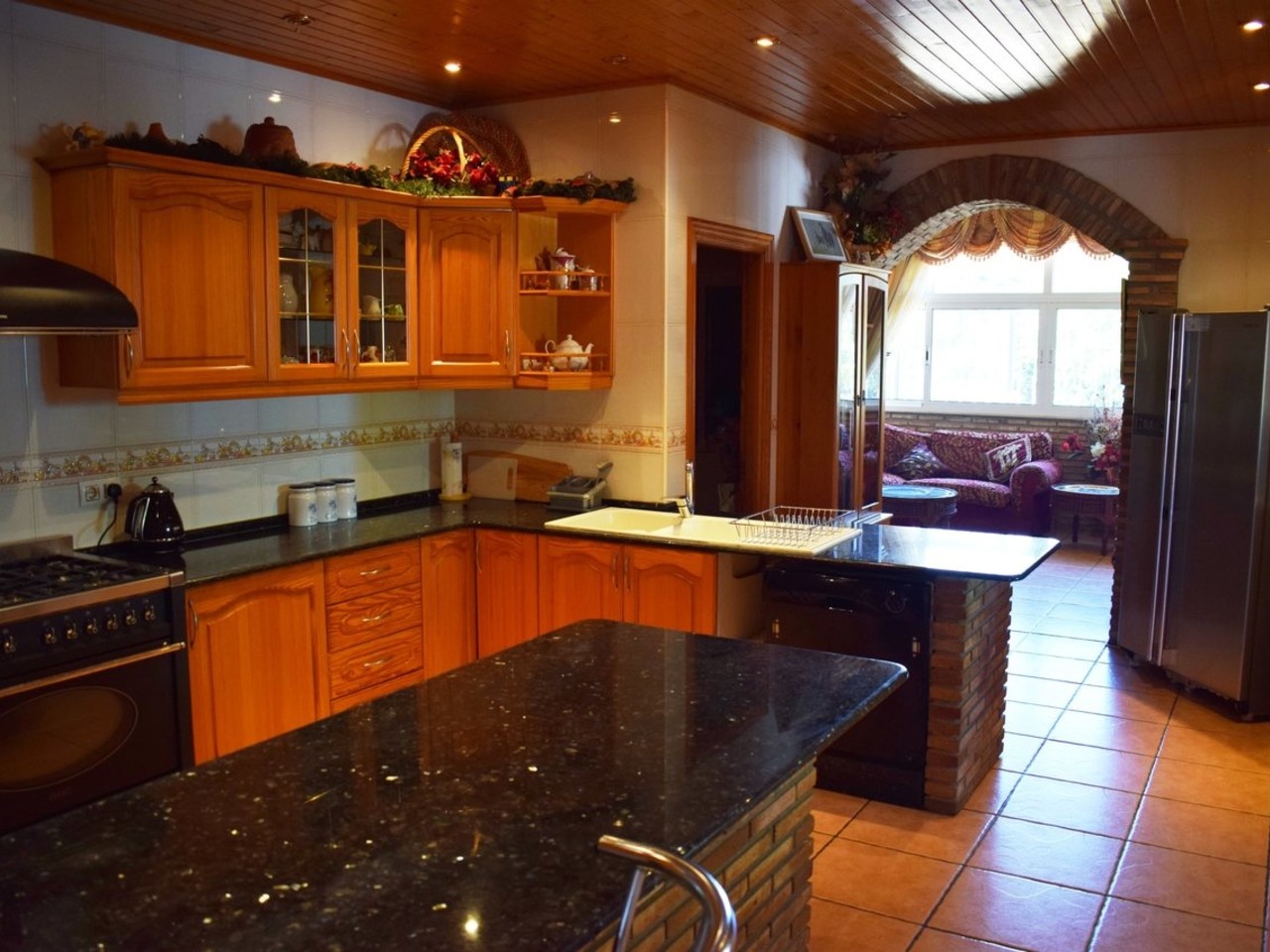 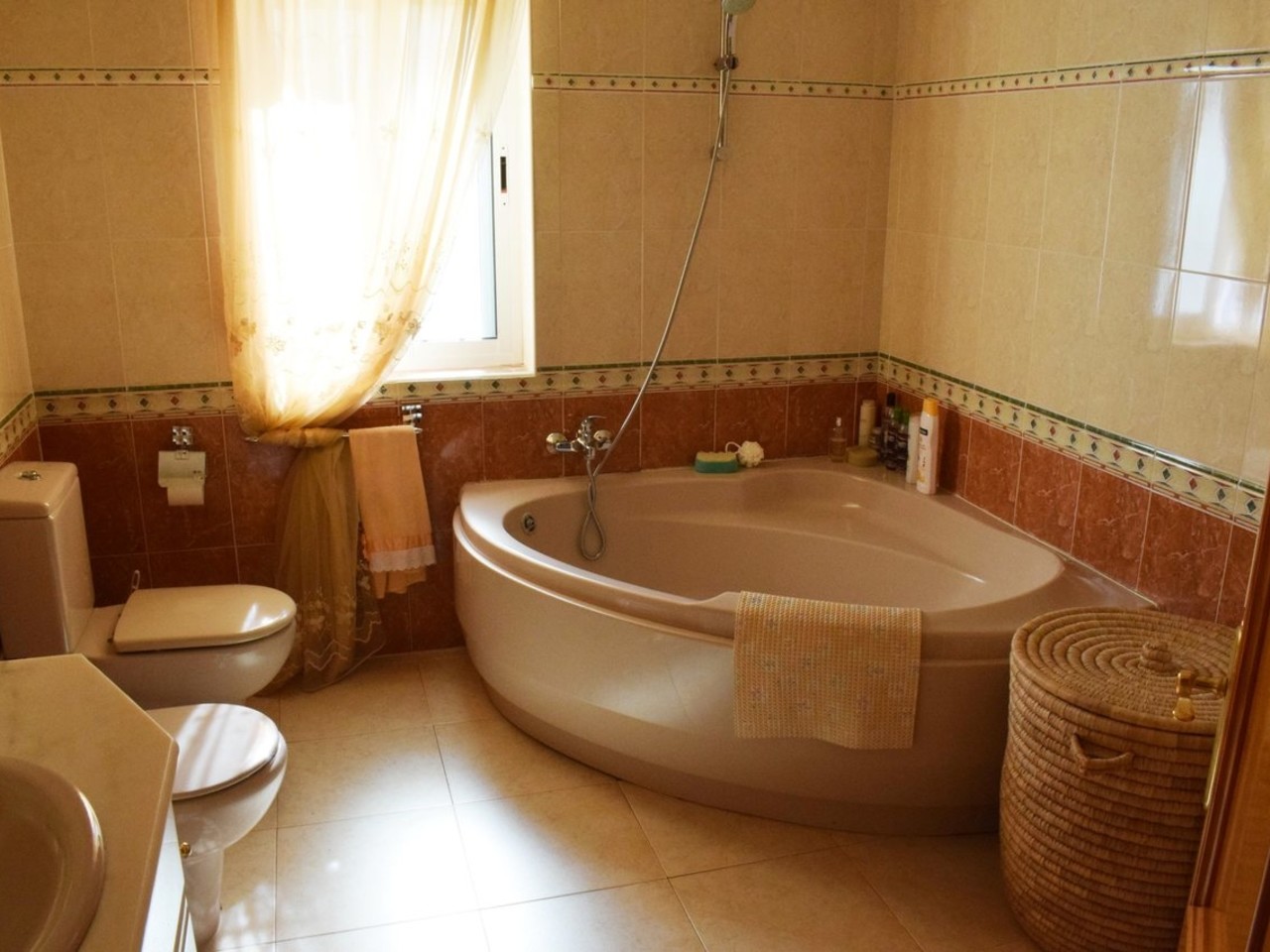 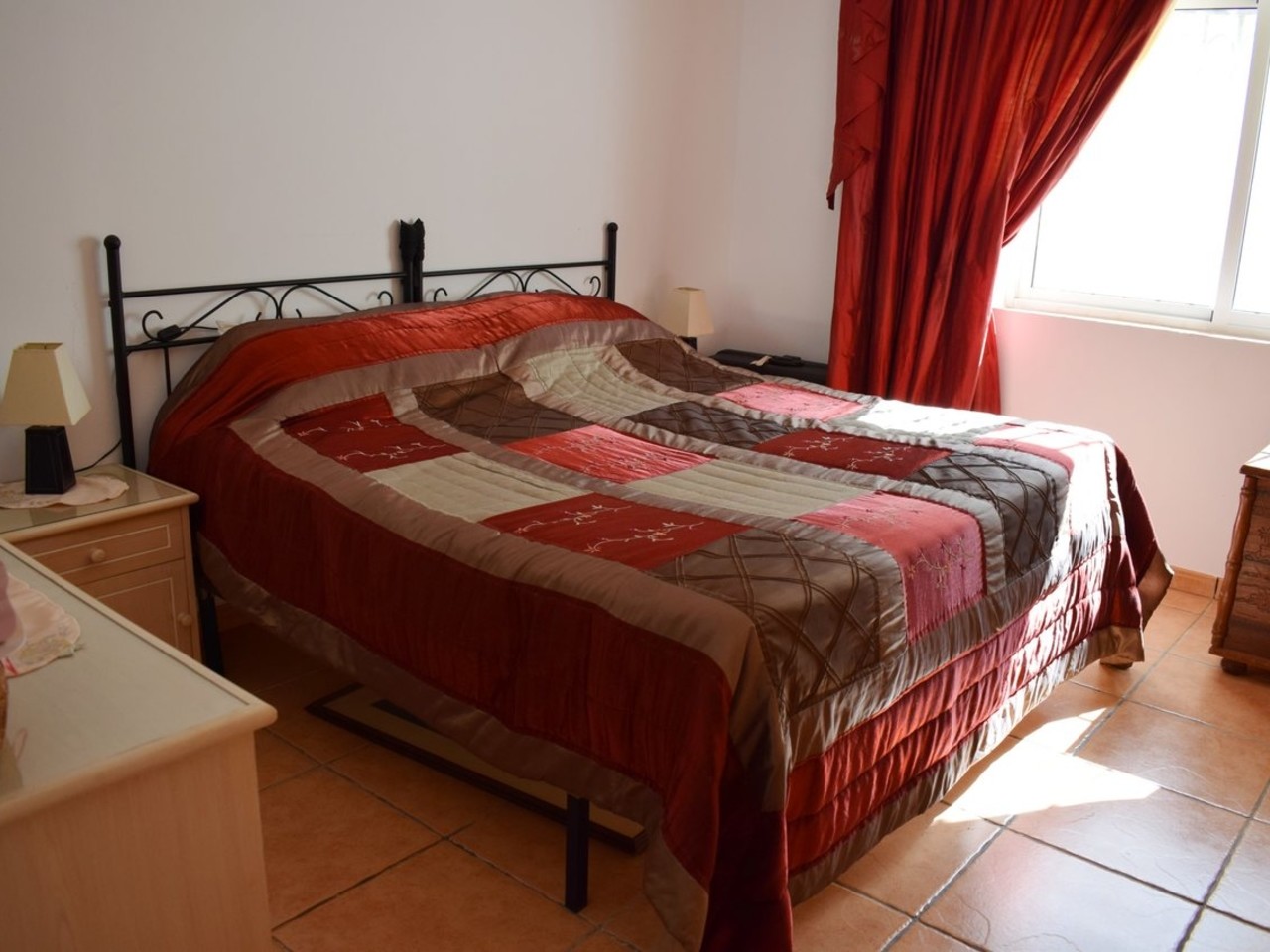 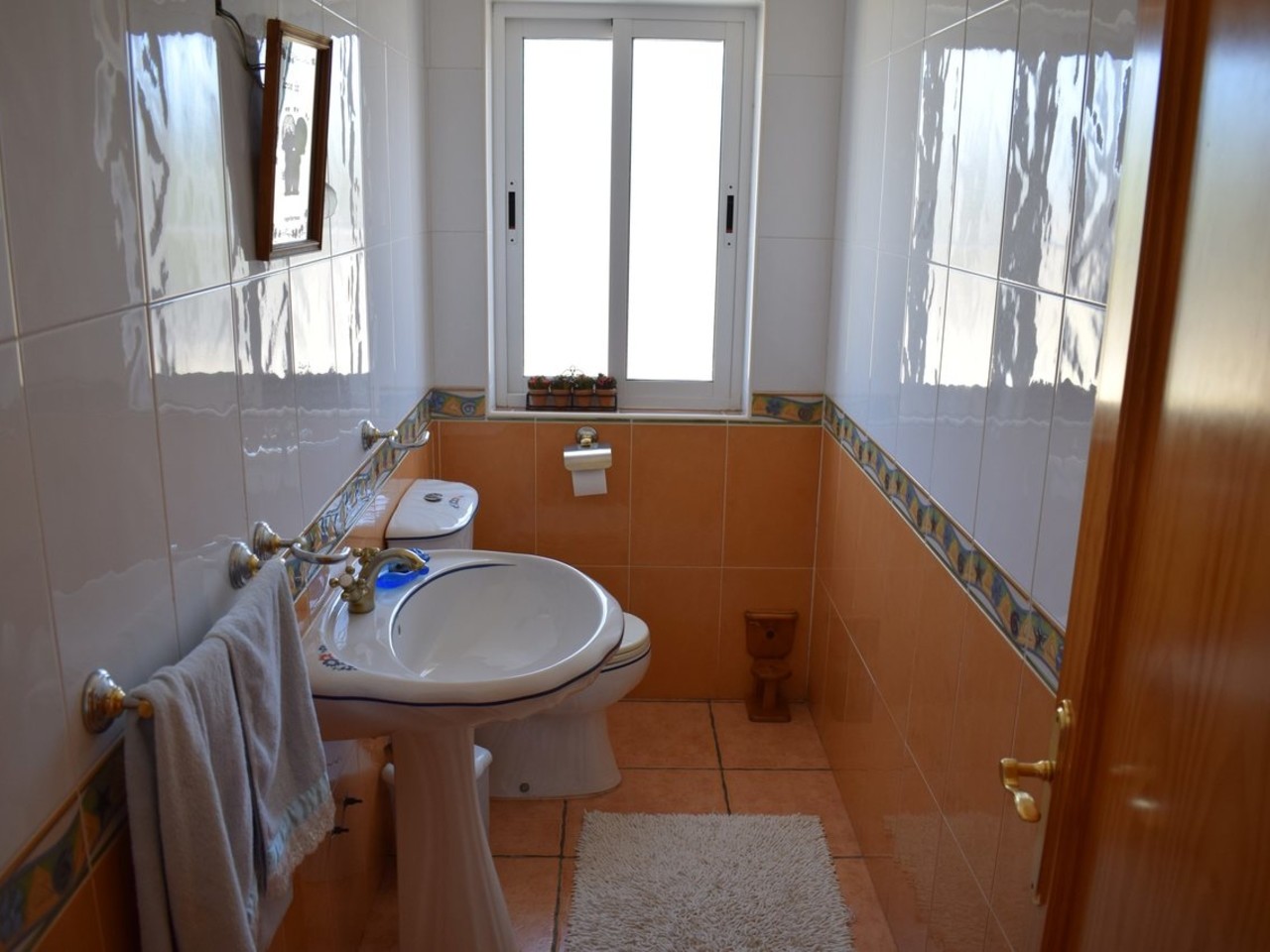 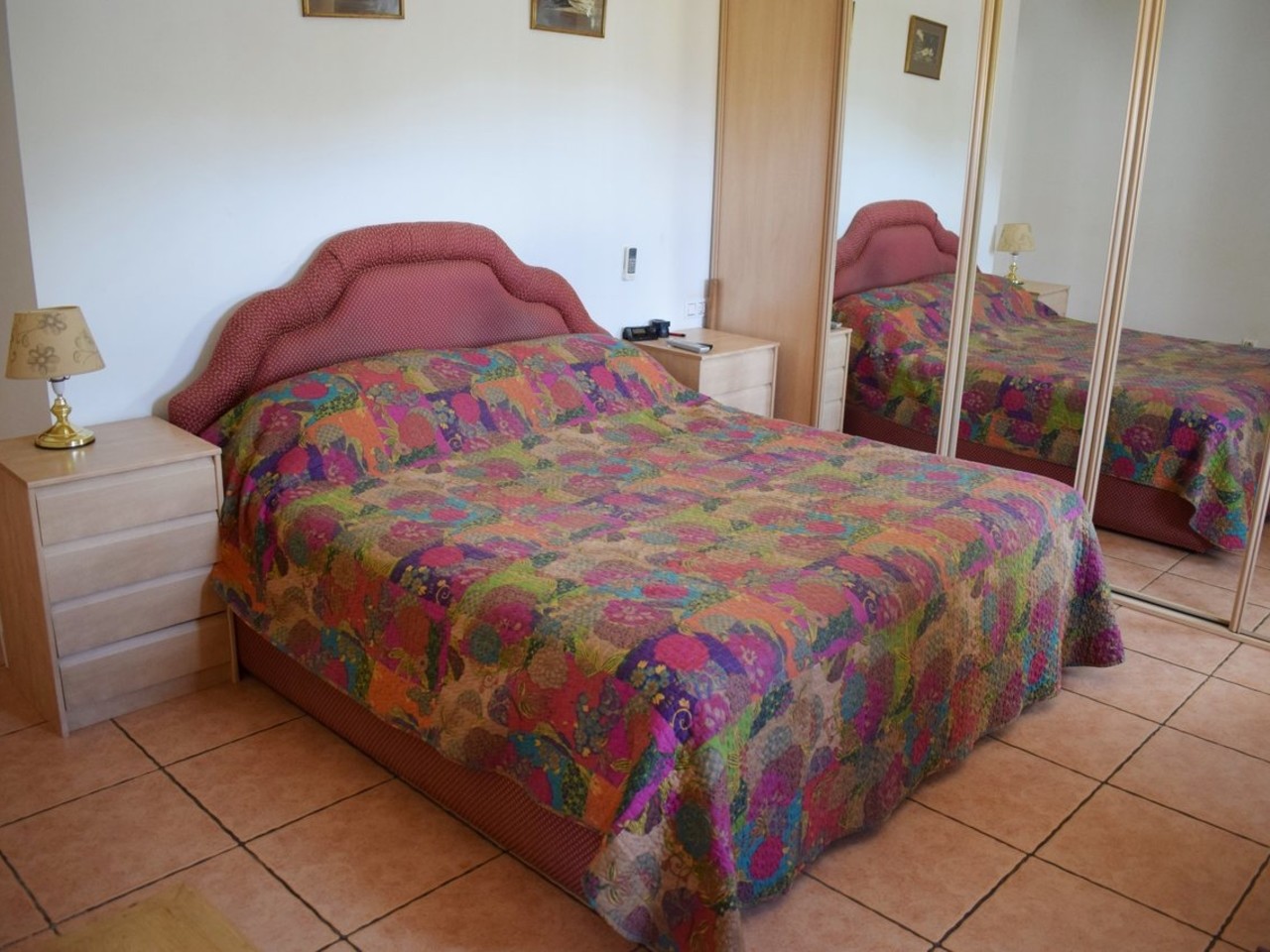 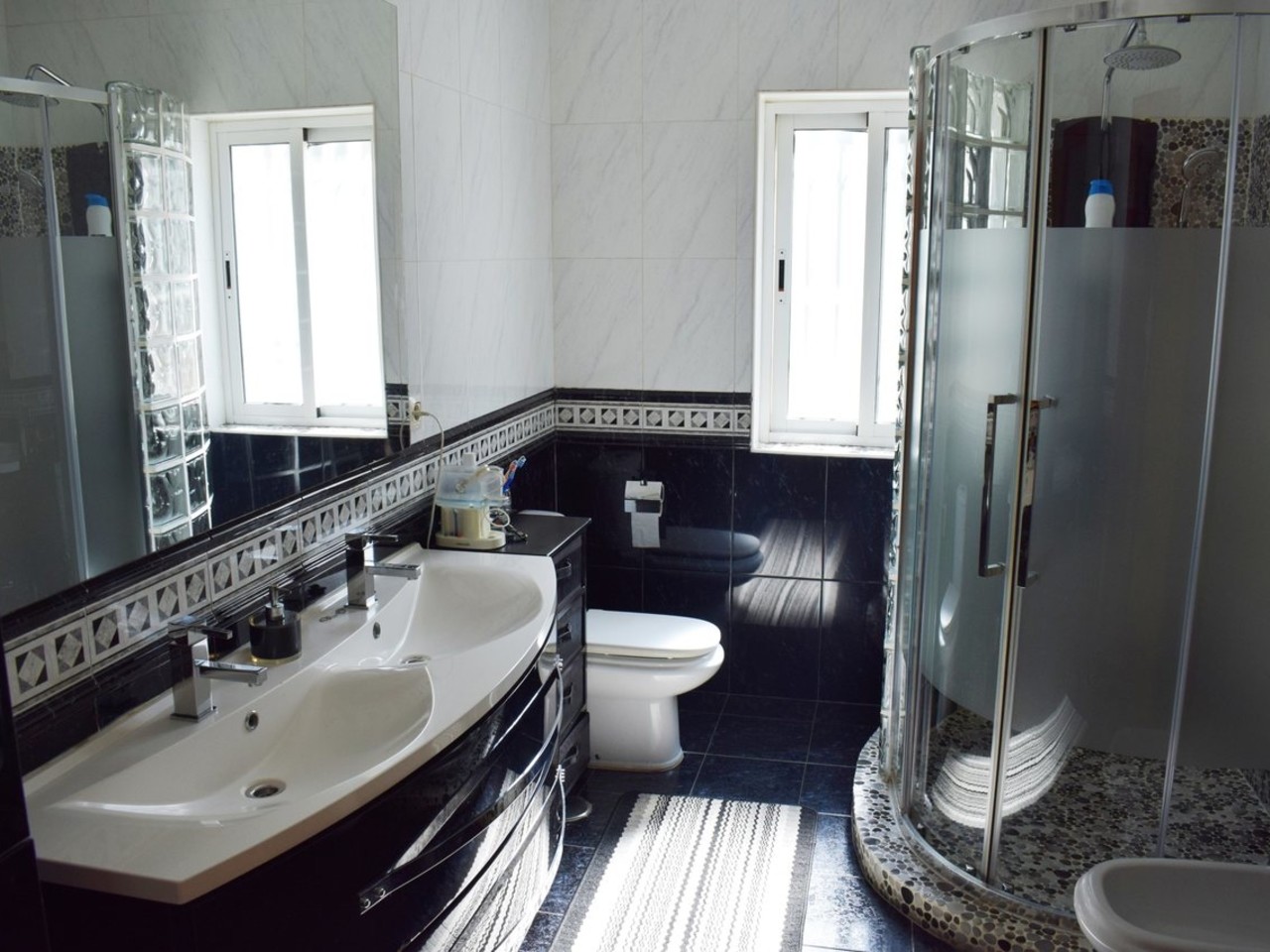 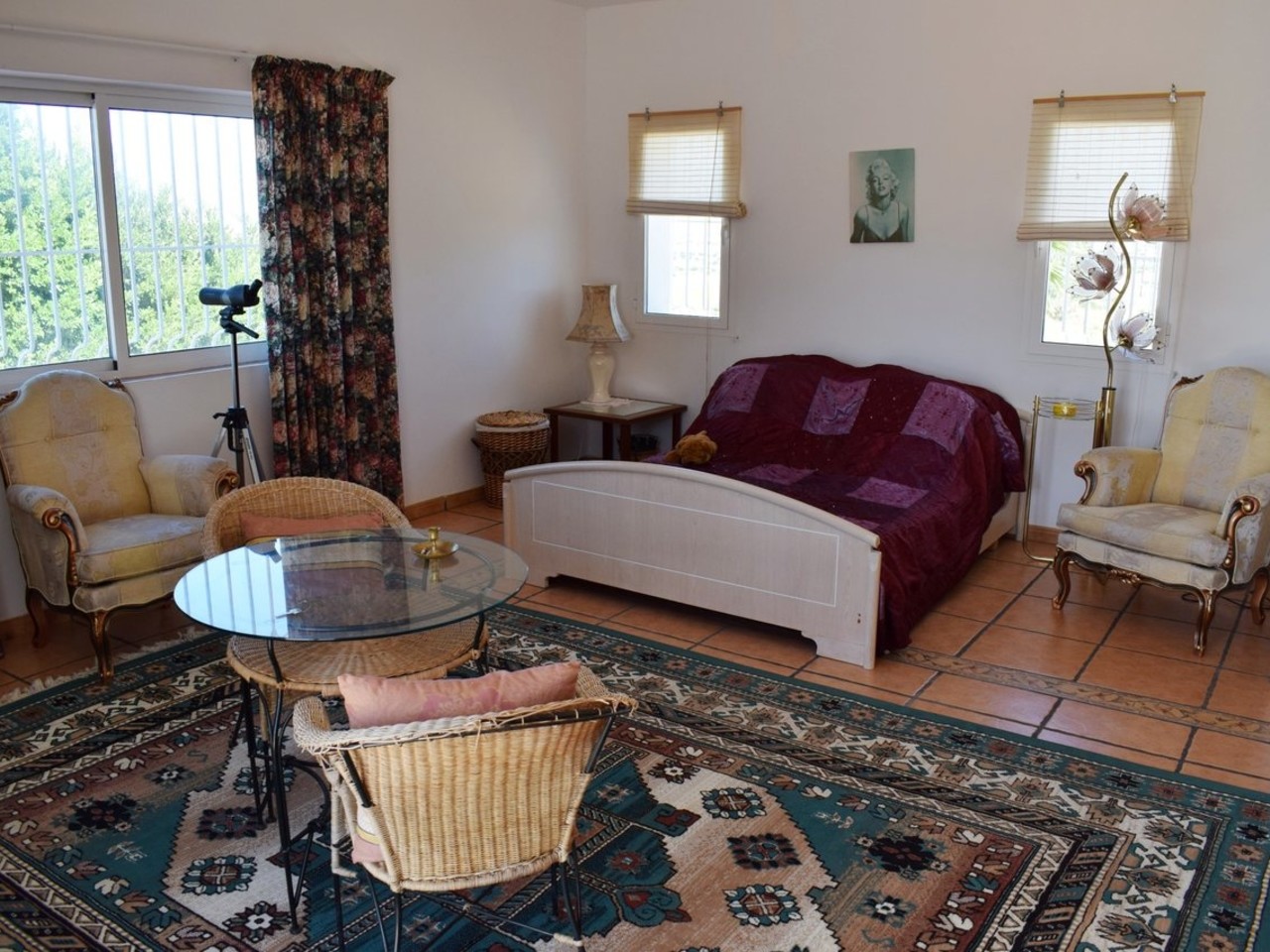 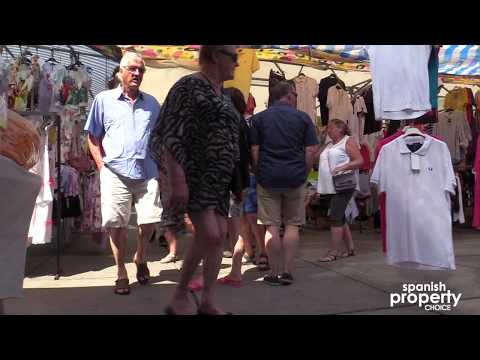 As seen on series 4 of channel 4, Sun Sea and Selling Houses.

This is an immaculate, large, two-storey villa with private swimming pool and stables, located in a beautiful, rural setting with stunning views of the mountains and countryside, situated between the towns of Mojácar and Turre. This means that the property is just 5 minutes drive from amenities, such as bars, restaurants and shops, as well as the golden beaches of Mojacar.

Access to the property is tarmac the entire way, with the road giving access to only a handful of properties. The property is accessed through large, electric, double gates, leading into the considerable sized plot, allowing for an immense amount of parking, as well as having the addition of a large garage area. The gardens have been immaculately maintained as well as offering water features, stables and the aforementioned private swimming pool.

Heading through the latter doorway takes you into a brief hallway leading directly into the open-plan kitchen, offering abundant storage space and most appliances. Additionally, there is a space currently used as a storage cupboard but could easily be used as a pantry. A large archway leads into the dining room, which is considerably large and could easily house a very big dining table and chairs. To the right of this is the living room, which is an equivalent size to the dining room, and to the left is a further living space, which can be accessed as well from the kitchen and master bedroom, as well as having access outside towards the pool area.

The remainder of the ground floor consists of three bedrooms and three bathrooms, with the master bedroom having one of these bathrooms as an ample en suite with large shower cubicle. A large family bathroom is located between the other two bedrooms as well as there being a further toilet room at the end of the hallway. All bedrooms have fitted storage and are considerable sizes.

Upstairs is a further bedroom, which is the largest of all, although this also doubles as an additional living space. This also gives access to an incredibly large terrace space that covers almost the entire downstairs and gives you a great overlook of the whole property and its grounds, as well as improving on those already, mind-blowing views.

The Home of Spanish Property Choice Mojacar town (or pueblo in Spanish) is located only 5 minutes drive from the blue flag beaches of Mojacar Beach (playa). The town itself dates back to the Bronze age over 2000 BC and comes from the Latin name Moxacar from the Greek domain. Mojacar is located...

* Prices quoted in Pounds are illustrative and should only be used as a guide.

* Transfer tax is based on the sale value or the cadastral value whichever is the highest.

– Back to search results –
Spanish Property Choice has made every effort to obtain the information regarding this listing from external sources deemed reliable. However, we cannot warrant the complete accuracy thereof subject to errors, omissions, change of price, rental or other conditions, prior sale, lease or financing, or withdrawal without notice.